To be able to receive payments on the Lightning Network a node needs:

The max amount of the incoming payment is determined by the highest inbound liquidity of a single channel (not additive between channels).

Channel size and choosing a peer

Tor is an anonymizing network designed to hide the participant`s IP adress. Somewhat similar to using a VPN with multiple hops. Learn more at: https://en.wikipedia.org/wiki/Tor_(anonymity_network)​

Unlike with on-chain transactions (where the fee is paid for the bytes the transaction takes up in a block) Lightning Network fees are related to the amount routed. There are two fee components:

There is no LN fee for payments in a direct channel between two peers.

To change routing fees of your node use the command: https://api.lightning.community/#updatechannelpolicy​

It is important to increase the routing fee for any expensive channels so rebalancing or closure is paid for if payments are routed that way. Check the routing fees of the peers on 1ml.com or in lndmanage.

Setting the fees for individual channels takes only one click in the RTL app.

Read more and how to set one up here​

To make outbound liquidity (to be able to send payments) is easy, you just need to open a channel to a well connected, stable node.

To make inbound liquidity (to be able to receive payments on a channel you opened) a payment can be sent to a merchant or exchange accepting Lightning and receive the product or receive the sats back on-chain.

Run a separate LN node on your phone or desktop where you can move some funds, so remote balance/ inbound liquidity is created

In the current iteration of the Loop software, two swap types are supported:

Once there is higher balance on the side of your node an other incoming channel can be requested.

the service is paid in routing fees:

Nodes which connect back:

Now open for trades through Lightning. Select the LN icon on the menu bar on the top. See their announcement on medium for details.

An exchange that accepts Lightning payments.

Swap on-chain coins to Lightning Network and vice versa! For less then $0.01 fee!

To top up the Lightning balance

Trustless transfers between the Lightning Network, the Bitcoin blockchain, and any supported digital asset (BTC and ETH so far). Send funds on-chain and receive on Lightning.

The channels are best to be balanced with funds on each side to maximize the ability to route payments (allows bidirectional traffic).

lndmanage is a command-line tool for advanced channel management of an LND node written in python.

Using this python script you can easily rebalance individual channels of your lnd node.

​Methods to create a balanced channel with a trusted peer​

RTL is a web UI for Lightning Network Daemon. Aimed to be used on the local network. HTTPS or Tor connection method is available. https://medium.com/@suheb__/how-to-ride-the-lightning-447af999dcd2​

A lightning wallet for desktop, iOS and Android - can connect to your LND node remotely through the GRPC interface (port 10009)

Bring the power of lightning to the web with in-browser payments and identity, all with your own node. https://medium.com/lightning-power-users/bitcoin-lightning-joule-chrome-extension-ac149bb05cb9​

lntop is an interactive text-mode channels viewer for Unix systems.

A drop-in monitoring solution for your lnd node using Prometheus and Grafana. https://blog.lightning.engineering/posts/2019/07/24/lndmon-v0.1.html​

Spark is a minimalistic wallet GUI for c-lightning, accessible over the web or through mobile and desktop apps (for Android, Linux, macOS and Windows). It is currently oriented for technically advanced users and is not an all-in-one package, but rather a "remote control" interface for a c-lightning node that has to be managed separately.

Next
Automated LND update scripts for the RaspiBlitz 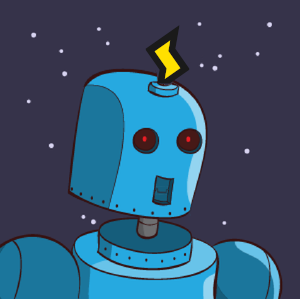